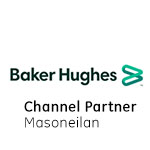 GE’s Masoneilan SVI II ESD is a SIL3 capable partial stroke test controller and emergency shutdown device. Its safety function and PST function are independent of each other allowing the device to respond to a safety function while a test is active. It can capture two shutdown events and allow continuous HART communications during a trip facilitating local panel annunciation using the built-in discrete outputs. The SVI II ESD automatically captures the PST in its nonvolatile memory and stores the analysis while Valvue ESD software automatically and regularly uploads its database with PST and full stroke data. Universal Label with FM, FMC, ATEX, IEC, CE approvals.

Our team are here to help. Call an expert now to check availability or answer your technical questions.

Alternatively you can complete the form on the right and an expert will be in touch.